Dr. Cameron Phipps grew up in Loudoun County and is pleased to be practicing in the area. He received his Bachelor of Education degree from Utah State University with focuses in Chemistry and Spanish. While attending University he had the opportunity to spend two years of service in Panama, where he became fluent in Spanish. Dr. Phipps went on to receive his Doctorate from Des Moines University Osteopathic Medical Center in Des Moines, IA where he worked with both religious and community organizations such as the Special Olympics and spent a year at multiple hospitals around the United States training under some of the most well-known orthopedic and podiatric physicians. Most recently, Dr. Phipps completed a three-year surgical residency at Community Medical Center in Scranton, PA where he received extensive medical and surgical training and served as chief resident.

During his residency, Dr. Phipps became highly trained both clinically and surgically in forefoot and rearfoot reconstruction, limb salvage, sports medicine, pediatrics, and trauma. He also had the opportunity to train at the renowned Rubin Institute for Advanced Orthopedics and the International Center for Limb Lengthening in Baltimore, MD, where he studied deformity correction under well-known orthopedic surgeon John Herzenburg, MD. Dr. Phipps is also experienced in all aspects of wound care and currently participates with the Inova Loudoun Hospital Wound Care Center.

Dr. Phipps enjoys interacting with patients of all ages and his specialties include deformity correction and sports related injuries. He is very involved with the community and actively volunteers with various organizations. He is an Eagle Scout and enjoys working with the youth. An avid exerciser, he relishes all sports, in particular Crossfit and football. He loves spending time outdoors–especially the beach–and spending time with family. 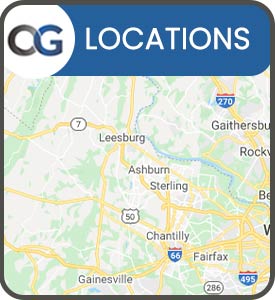 *In case of a life threatening emergency, immediately call 911.
**For any medical procedures, patients may respond to treatment differently, hence each patient’s results may vary.
***Information on this site is not intended or implied to be a substitute for professional medical advice, diagnosis or treatment. All content contained on or available through this site is for general information purposes only.
****By using this website and sending us your information, you are giving us permission to contact you by electronic and non-electronic means. We also track the conversions and collect user data to improve marketing.
*****If you are vision-impaired or have some other impairment covered by the Americans with Disabilities Act or a similar law, and you wish to discuss potential accommodations related to using this website, please contact us.

How may I help you?